The Parasite Hype Is Just That

Why are you plebs so enamored by Bong Joon-ho’s super-slick yet superficial production that lacks any trace of humanity and has total contempt for all its characters?

The film says almost nothing interesting or original, because it’s too busy cramming down our throats the Upstairs/Downstairs dynamic ad nauseam. How many stairs and floors do we need to get the point? Nudge nudge, wink wink. A perfect product for the Netflix/Disney era of LOL nevermind apolitical blandness, Parasite is engineered to make you feel smart and entertained, but undisturbed, with minimal emotion and certainly no enlightenment. The poor people never seem to be struggling, they just hang around, bored and indifferent. Compare it to Bicycle Thieves!

Han cinema, where is the inspired lunacy of Save the Green Planet! and the stunning melodrama of Secret Sunshine? The verve and sincerity of Train to Busan? Both sides of Parasite – black “comedy” and social commentary – have been done so much better: in Kim Jee-woon’s riot The Quiet Family (also with Song Kang-ho) and Andrey Zvyagintsev’s icy, incisive mood piece Elena. 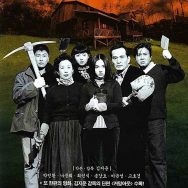 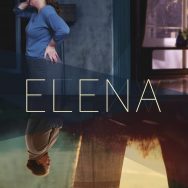 The latter was serious about social climbing and its contrast between the poor and the modern houses was so much more than hip. It stirred an undercurrent of revolutions past and future.