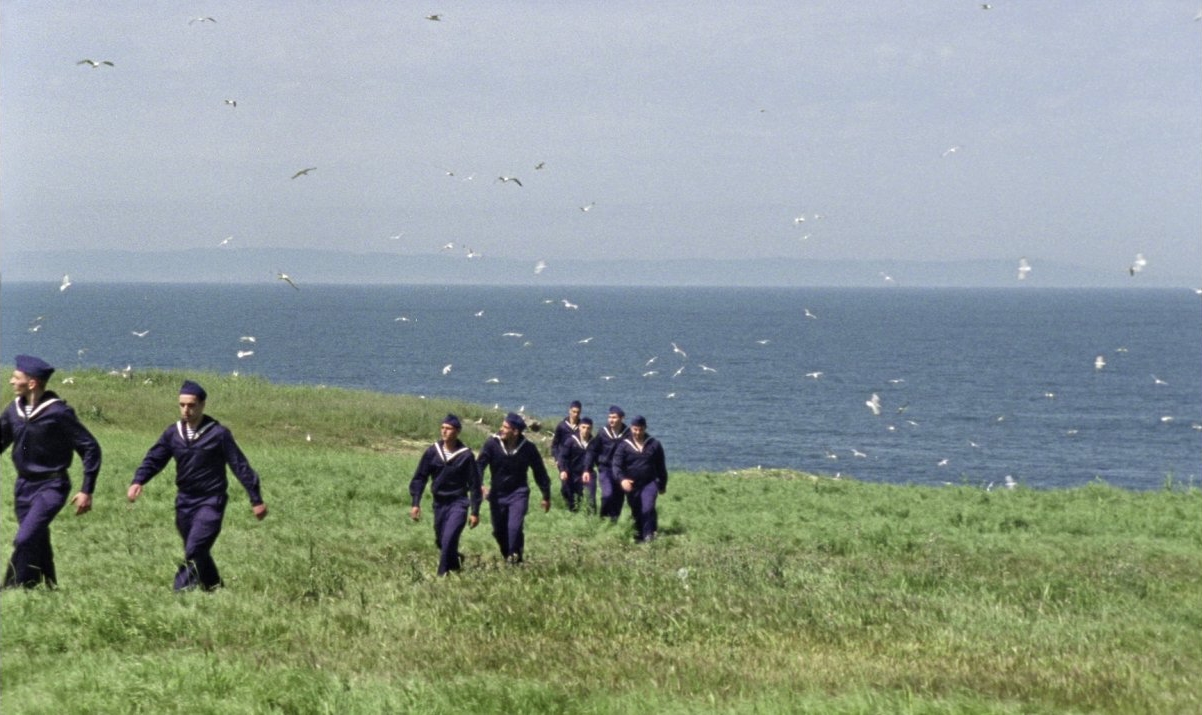 Skip the rat race and meet your next favourite film about a shepherd’s boring life in the middle of nowhere.

Straight out of the projects

After making a handful of impressive shorts, director Kamen Kalev rocked our world with the miserable-but-great Eastern Plays, before venturing too far out to The Island, objectively the best-looking Bulgarian film. After trying to balance the crime thriller and social drama of Face Down, the talented filmmaker bounces back with his latest offering, the stunning, original and deeply personal February. It’s a simple story of one shepherd as a boy, a young man and an old-timer and not much else. Or is it?

Young Petar explores the world with all the innocence, curiosity and mischief we can expect from such early age. By following the child, we slowly inch towards the revelation that little things are infinitely complex and interesting on their own. Every minuscule ordinary corner of the land contains a whole universe of fascinations. Be it a mysterious forest path, a murmuring stream or the dragonflies circling it. 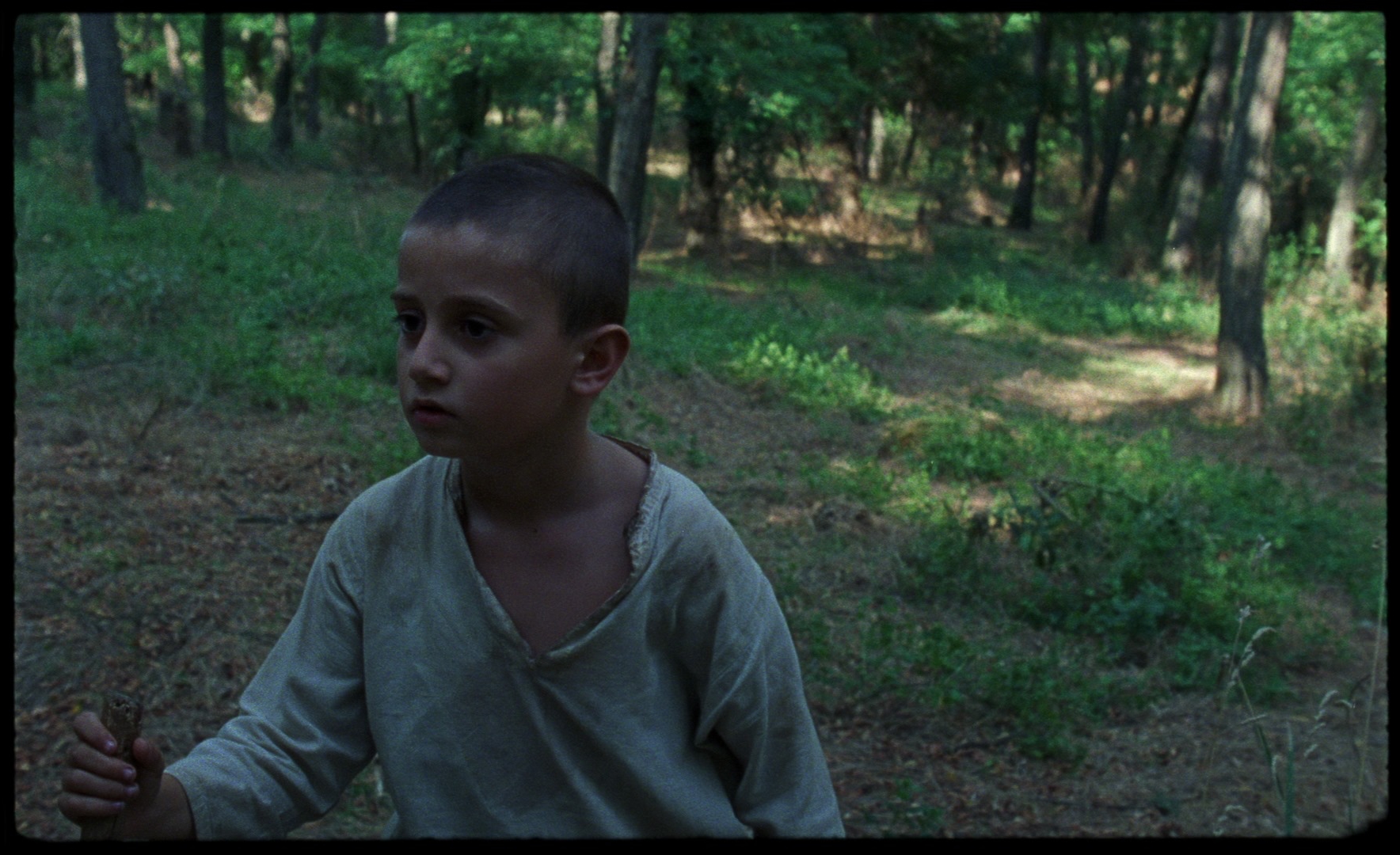 More than a nostalgia-tinged childhood memory, the opening part reminds us how to stop and really look at the world instead of skimming over it. Amazing things are present everywhere, we just need to open our eyes. Through the visual framing of doors and windows, we glimpse something different, a handful of varying viewpoints that our character must choose from. Is his fate already sealed and can he see anything different beyond the template destined for him?

This life unfolds in a bunch of rolling hills, where cattle grazes under the watchful eye of our single-minded protagonist. The farm is far away from everything, including the nearest inhabited place. The closest city might as well be on the Moon. We are a world away from politics, pop culture and TV ads. 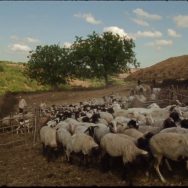 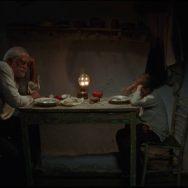 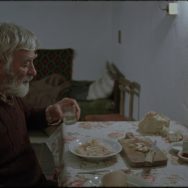 The locals are deeply embedded in nature and represent only a diminishing part of the landscape, without illusions of grandeur, or anything, really. Hardcore stoicism leading to erasure of the ego. Is there anything else other than the predetermined path? What if you could never even question things like conformity and career?

These people don’t query or indeed talk much, because they have nothing profound to say and aren’t particularly bothered by it. In today’s avalanche of colourful opinions, wouldn’t it be nice if we accepted we have nothing special to say, take a step back and just chill?

Such doubts linger as the tale unfolds, a kind of mental ping-pong between humility and ambition. Employing repetition as a storytelling device, the film provides ample time and space for the audience to listen to their thoughts. Akin to meditation, it opens up space in your mind you can explore.

Over the hills and far away

February is shot by a keen photographic eye and skirts the postcard-pretty aesthetic or any kind of hip trends indeed. It features nothing less than transporting cinematography, which removes the human from the centre and alludes to otherness through subtle framing. There are long static shots, but ones that are earned, earnest and immensely watchable. They rarely overstay their welcome. 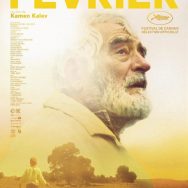 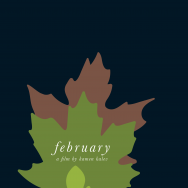 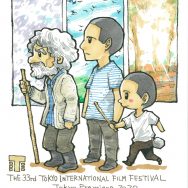 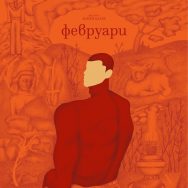 Nature here isn’t idealised, it just is. As beautiful as it is punishing and not always a picnic. You won’t see over-stylised artifice or any kind of city slicker nonsense here. The one-man team of writer, director, cinematographer and editor really understands and respects the environment. And it should, because it seems to be the film’s raison d’être.

Instead of glamour, we have Kiarostami-style philosophical long paths over the slopes and contemplation and patience to spare. Every detail of the world is presented beautifully and succinctly. The props and costumes are fantastic and how about that cool, traditional white shirt representing purity?

February is also an aural treat and uses silence and natural sounds to a great effect. There is no Mickey Mousing music to follow the hero’s exploits. The sparse musical numbers push the “action” aside, take centre stage and expand on the atmosphere. While Kalev’s film is mostly quiet, secluded and minimalistic, it seamlessly weaves in and out of spectacular folklore scenes. They are masterfully orchestrated and employ lots of extras and complex sets that add to the authenticity and suggest a surprisingly big scope, a wider world out there.

If you’re after popular streamer platform thrills (mainstreamer), check your expectations at the creaky door. In this world of oblivion there is hardly any conventional drama. How can there be? You are born, you have some experiences, then you depart. It’s just life we go through. All conflict is promptly shrugged off… if our hero can muster the enthusiasm to shrug at all. 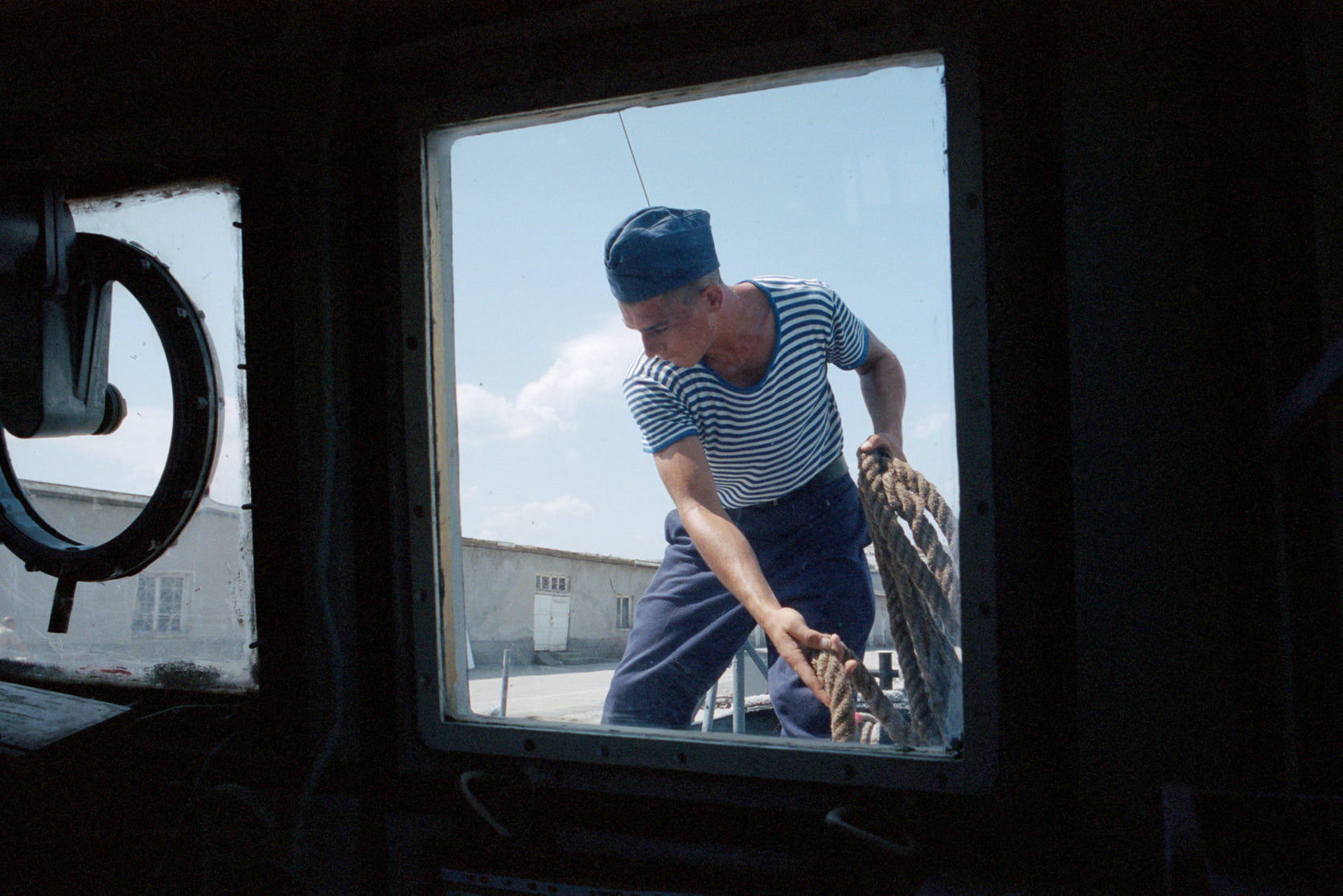 Rare vibration in his monotonous days can be sensed whenever the character, played by brilliant non-actor Kolyo Dobrev, stumbles upon something beautiful, enticing or unexplained, i.e. divine. In a world without educated people or artists, nature is the main creator, obviously because it’s behind countless wonders, like the beguiling seagulls.

In the absence of conventionally curated culture, we are still exposed to glimpses of creativity all around us: birdsong, landscapes, animals. Then suddenly poetry enters the scene, exposing beauty in the mundane daily grind. Creating art, for both the characters and the author, seems to be a dream bridge between the personal and universal human experience.

The impact of the film is reinforced by the powerful final stretch of the journey, where old man Kolyo stands as a strong presence and manages to keep our attention and keep us guessing. He does this by pushing on and on, through thick and thin, all the way to another place and possibly another genre. The ending is a metaphysical representation of the title’s transitional meaning from one season, or era, or plane of existence, to another.

At this late stage, we are treated to a cold slice of Theo Angelopoulos-caliber magical realism. Without diving into details, it eventually becomes evident that no matter how old you are, where you live, what you’ve achieved, the need to connect is a constant drive, up until the very end. 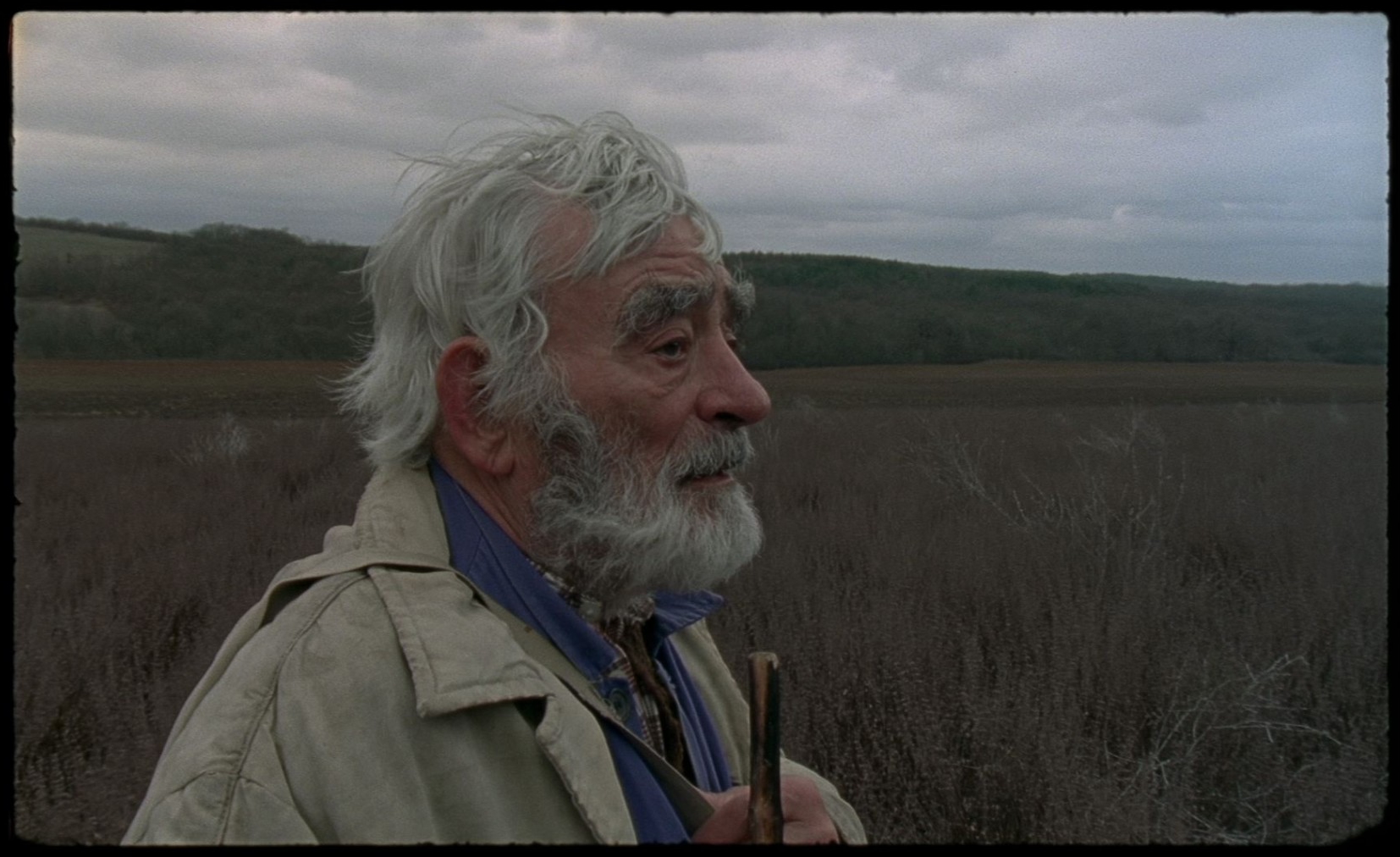 Ivan Nalbantov walking through the fields and contemplating the future

You’ll be forgiven for mistaking part of the survivalist ending for a direct Iñárritu reference, but the Mexican fraud can only dream of making such an honest, quiet, idiosyncratic film of great humility and integrity. Moreover, February hosts multiple layers of complexity behind its deceptively unassuming facade. 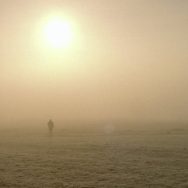 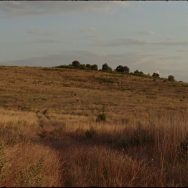 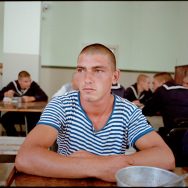 The aforementioned undemanding villagers hope for nothing, while over here in the real world, our passionate hope for deliverance, or progress, is exploited left, right and centre. Their deterministic path might be more free than our modern psyche, which is free to chase success, but this success often becomes a golden cage. And therein lies the rub. Is this countryside life wasted, because of the lack of conventional achievements, or is it fulfilled, because it was spent in perfect sync with mother nature?

The only message here is that the important things we are primed to chase could be not as important as we think. And this text is also of little significance, because the film is as honest as it gets and delivers exactly what it says on the tin.